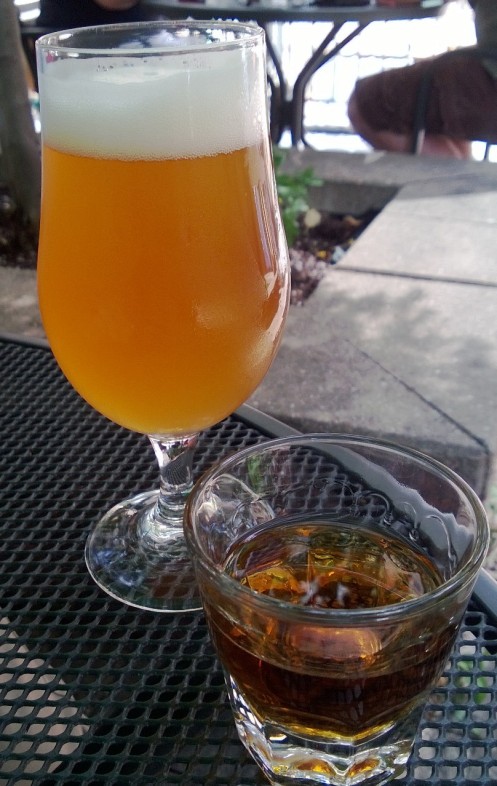 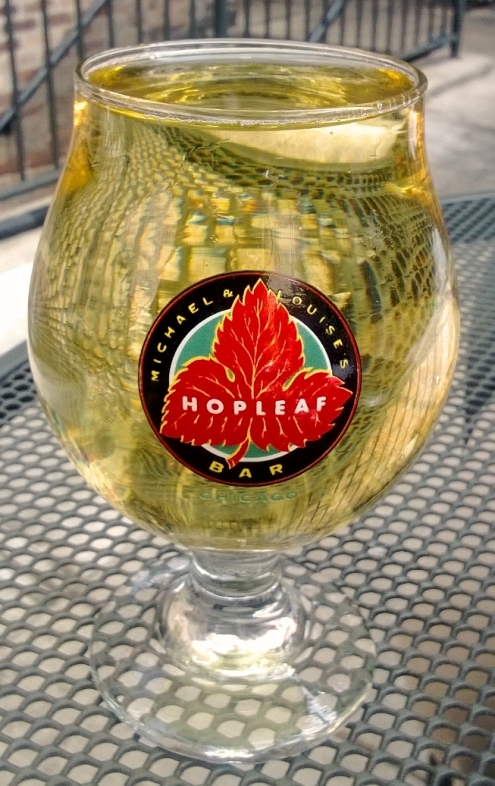 Chicago has historically had two beer poles: Bucktown’s storied The Map Room and my neighborhood’s own Hopleaf. Although I’ve always loved both bars, my favorite of the two was Hopleaf. After all, Hopleaf has always served excellent Belgian bistro fare, accepts credit cards and has all the beer a brewhead could ask for. The Map Room really never fit my drinking habits which include drinking more than the cash I have on me and of a duration which would require me to eat in order to maintain my lucidity. Many new beer-centric bars have opened their doors over the past five years, however, most notably The Publican and Bangers & Lace, making competition somewhat fierce.

As old time Hopleaf fans know, the Chicago beer institution has responded with several “upgrades” to the dining room, kitchen and menu over the past year or so. It all began with the expansion into the former La Donna space to nearly double Hopleaf’s seating capacity and adding a more formidable kitchen. After the expansion, Chef Ben Sheagren began to trumpet menu additions, expansion to lunch service and bold food experimentation. It seemed as though a new, risk taking spirit had leached into Hopleaf. Added to their repertoire has been a dozen wines on tap, an added focus on ciders, additional beers and an expanded whiskey selection. Furthermore, the kitchen has focused on local seasonal ingredients and–with the hire of Andrea Deibler, Hopleaf’s in-house butcher–has expanded its fresh and cured meat offerings. There is no doubt, however, Hopleaf’s menu needed updating if it was going to compete with some of the newer beer hubs. And compete it does (mostly).

Despite my deep love for and history within Hopleaf, I have never been altogether satisfied with its food and much for the same reason that I’m not satisfied with beer generally. Beer is, as a craft, a bit boisterous and hamfisted. It generally lacks the subtlety of fine wine, although exceptions do exist. I’ve also noticed that beer lovers have a strong preference for the boisterousness of beer over the subtlety of wine. It was in this vein that Hopleaf created most of its original menu and it is in even more boisterous a fashion that Hopleaf has expanded its menu.

A recent illustrative misfire from their new menu includes some of their charcuterie. On a recent visit, I tried some of the more unusual offerings including jagdwurst, head cheese and country paté. The jagdwurst was mild, but tasty and rich, highlighting the quality of the meat. The head cheese, however, was incredibly over-seasoned with salt and allspice. The country paté was a textural nightmare with chunks of half rendered pork fat and flaccid pistachios. I grant the reader that head cheese and country paté are more a staple of peasant curing as compared to something much more refined like a foie gras torchon, but Hopleaf’s curing showed absolutely no refinement at all. The flavors of the head cheese were entirely muddled and indistinct while the country paté’s texture so unpleasant and dominated by pistachios, I could barely eat any of it at all.

That said, the experimentation is not all for the worse. Game meats have asserted themselves on the menu quite well. As of late, bison seems to be all the rage. In addition to a delightful bison tartar, Hopleaf offers a bison ribeye served with simple onion straws and compound butter. The bison was seasoned perfectly and its cook was impeccable at about medium rare. Despite a somewhat conversation disjointing amount of gristle in the cut, it was a rich, simple and delightful dish that paired beautifully with boisterous beers (the more boisterous, the better, in fact).

Something of a poor culinary choice that nonetheless ended up quite delicious was a country fried quail. To be sure, if someone wanted to buttermilk batter and deep fry a quail in my kitchen, they’d be dinner instead. But, as it was on special at Hopleaf (and due to the fact that our server was nothing but vague about the preparation), I decided to give it a try. The cook on the bird was excellent and the buttermilk crust a perfect texture, but the flavor of the quail was lost. Although, I must ask, “why not just do a fried young chicken rather than desecrating a quail?” I nonetheless enjoyed the dish. 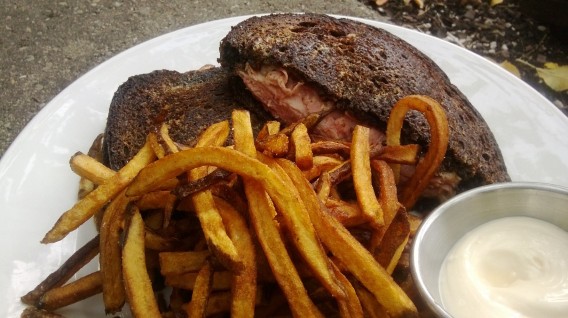 With all the changes to the menu, the staples remain, such as the Belgian-style mussels, the duck reuben and the like. Some things, of course, never change.